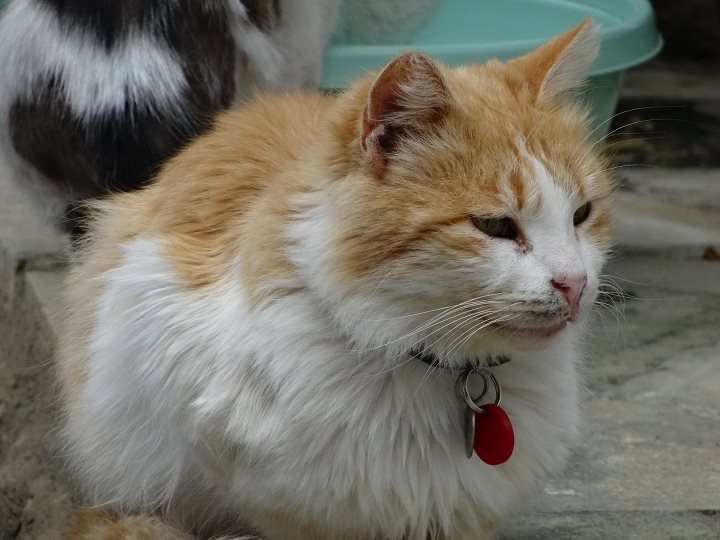 Aragon wears collar number 32 at the sanctuary he was found in the main area as a kitten in 2012. Aragon is one of the many favourite characters at the sanctuary & can always be found in the kitchen up to mischief. He is loved by many visitors & helpers. So much so that as you will see from his photo he is now proudly wearing a red reserve tag & will be going to a new home later in 2017. Five happy years at the sanctuary for this lovely boy. We wish Aragon & his new family all the best for the future.

Update: In September 2017 Aragon did go to his forever home in Germany