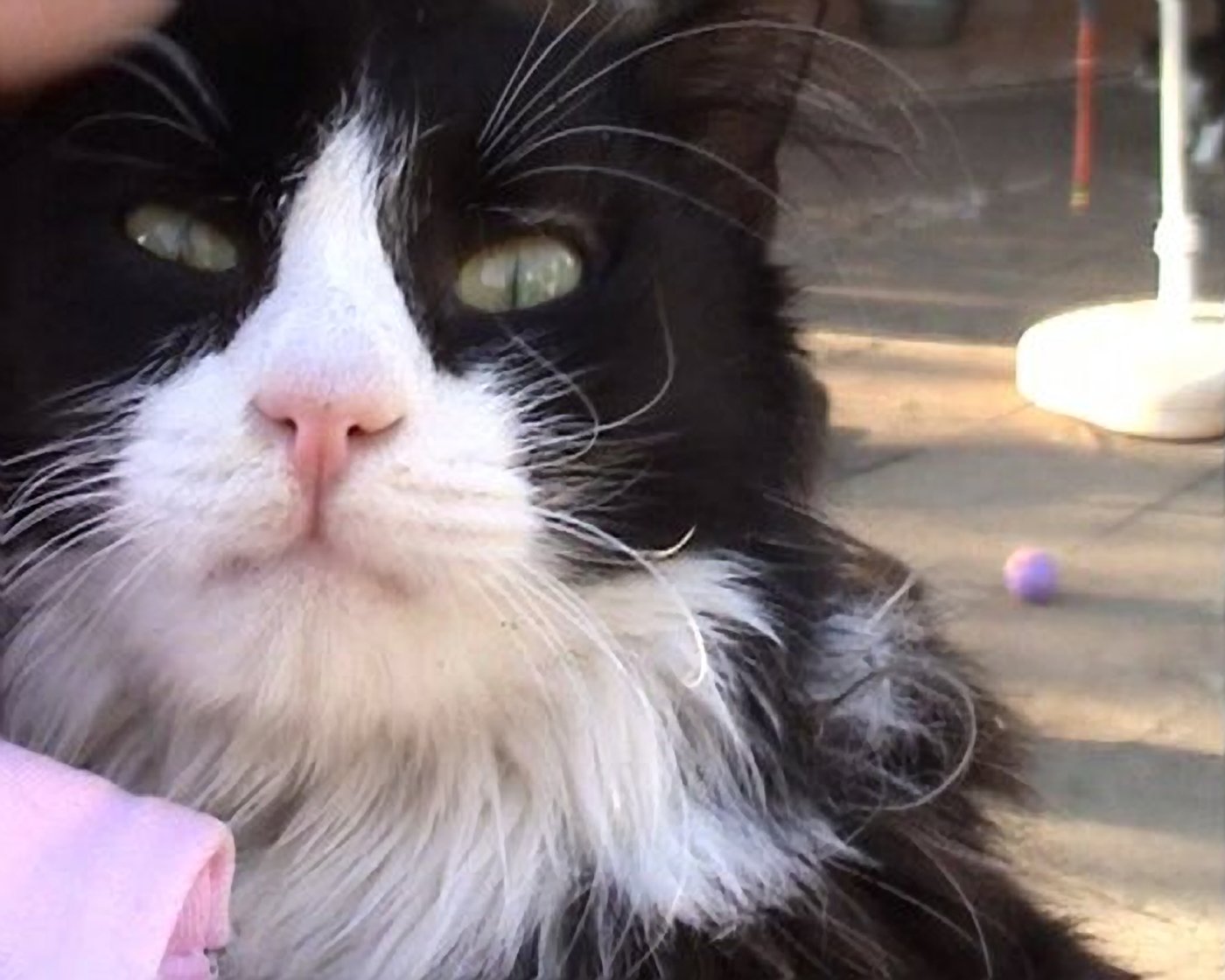 Charley was been named by one of supporters who fell in love with her when she visited the sanctuary in December 03.

Charley can often be seen helping putting the washing out by sitting on our feeders shoulders, she does like to climb.

She is a very affectionate young cat & everyone loves her.

Brilliant news in August 2004 Charley was re-homed to a lady who fell in love with her at the sanctuary & has now re-named her Ruby Jane.