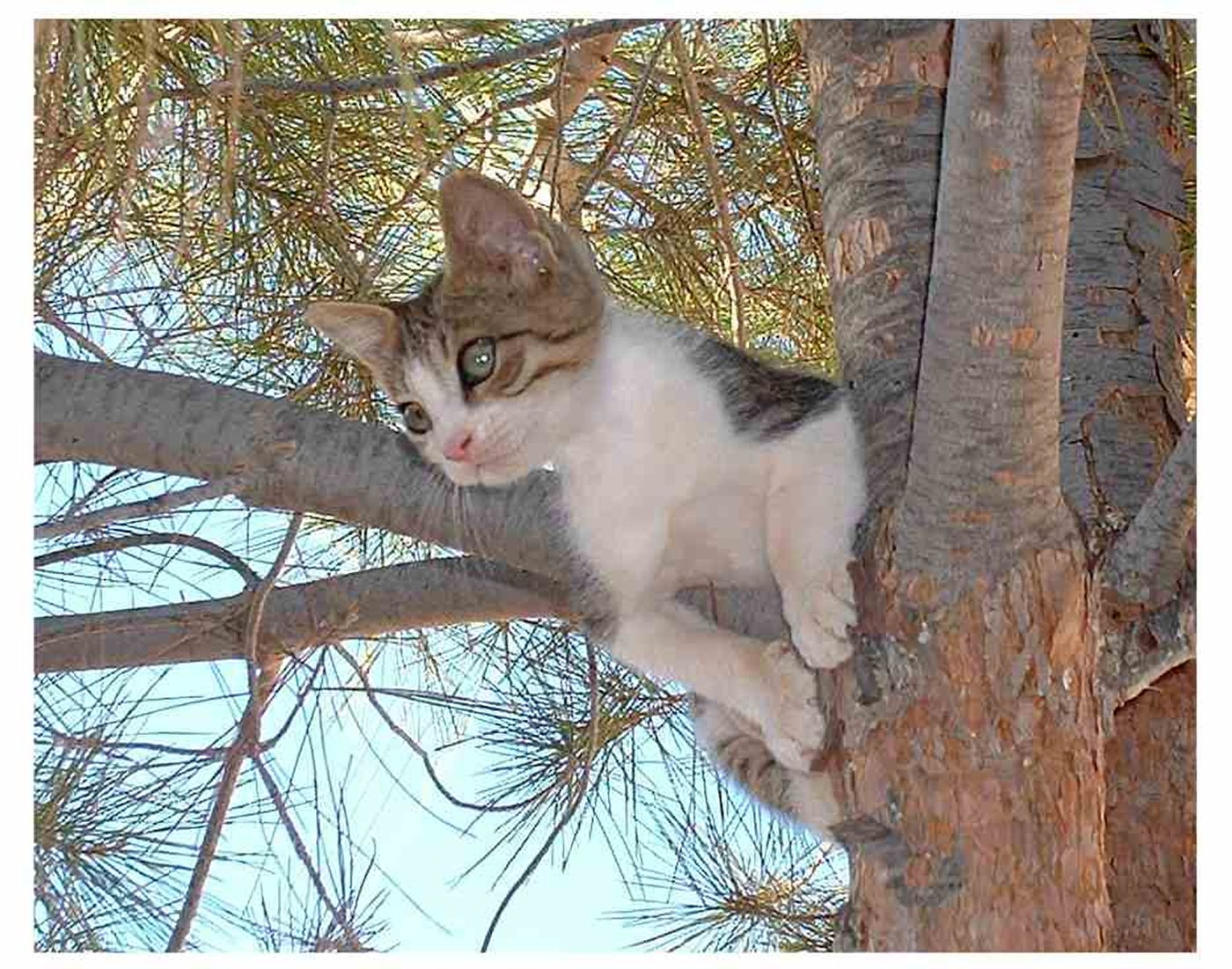 Little Tommy was found outside the storeroom cowering behind the woodwork.

He was in a terrible state,both eyes crusted with gunge. he was put into a cage and later cleaned up as best as possible. Later that morning a Russian girl called in to say that she had left the kitten the night before putting it through the fence. ( I have to say that this was the time all the vets were on holiday!!! ) and she did not know what else to do. Ilona gave us a donation of ?30 and brought with her 1/2 kilo of ham plus two pints of milk and 6 cans of cat food. Obviously Tommy could not eat any of these but the other cats enjoyed these treats. Ilona insisted on taking Tommy to a vet that was near the hotel and he was given some liquid antibiotics to be taken by syringe 3 times a day plus ointment for his eyes, all this was paid for by them. Ilona gave Tommy his medicine and came back to visit him later in the day with more medication that she had received from the vet. Pauline & Len felt that as she had given him so much love and attention that we had to take him home to ensure that he got is medicine on a regular basis.

Pauline & Len Tommy took Tommy back the next day as that was Ilona’s last day in Cyprus before returning to Moscow since then we have been sending her daily e-mails on his progress and so far he is doing fine, his eyes are cured, we still get the occasional sneeze so we are keeing an eye on him but he is eating well and is very playful. His diet consists mainly of diluted milk and chicken and rice baby food all fed by syringe.

Pauline & Len have now decided to keep Tommy, he is now getting much bigger,eats like a horse and as you can see he is learning to climb trees, mind you I had to get up on our raised bed and help him down.

Thanks to Len & Pauline for this lovely story