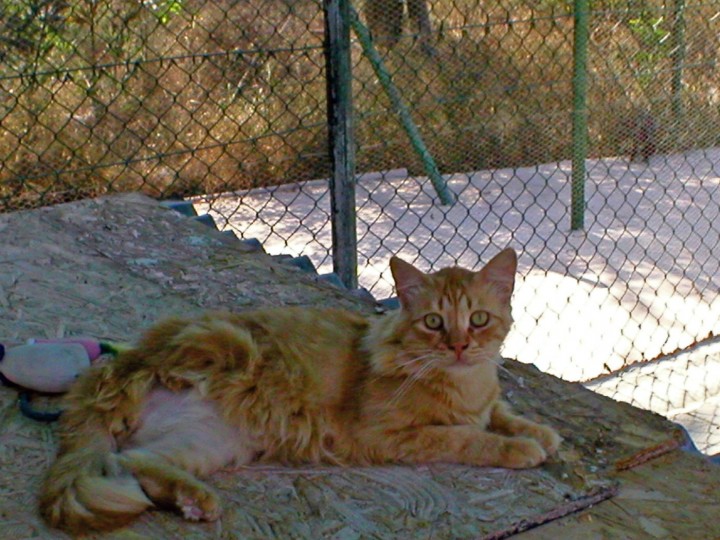 Henry was one of the cats of the MCPS AAC scheme

Henry was found by one of our helpers living at the side of a very busy dual carriageway. He had only three feet and was about 6 months old. He had no regular food supply and survived on scraps from tourists at the only snack bar in the area. He was very thin under his long coat and the end of his leg was very inflamed where he tried to walk on it but even then he was a beautiful little cat. Our helper went and fed him every day for three weeks, to gain his confidence and eventually, with the help of two friends, managed to catch him, suffering some bites and scratches in the process! A very frightened little cat was taken to the Sanctuary and subsequently to the vets. After treatment for very bad gingivitis, the usual injections and neutering the vet advised the removal of the leg with no foot. Henry now leads a very good life at the Sanctuary in Ashcroft Square, the area for cats with special needs. He runs about as quick as any of the residents and has even been known to climb a tree although needed assistance to get down! He is, of course, more handsome than ever now!

Sadly Henry died in September 2009 he is missed by many at the MCPS. RIP Henry