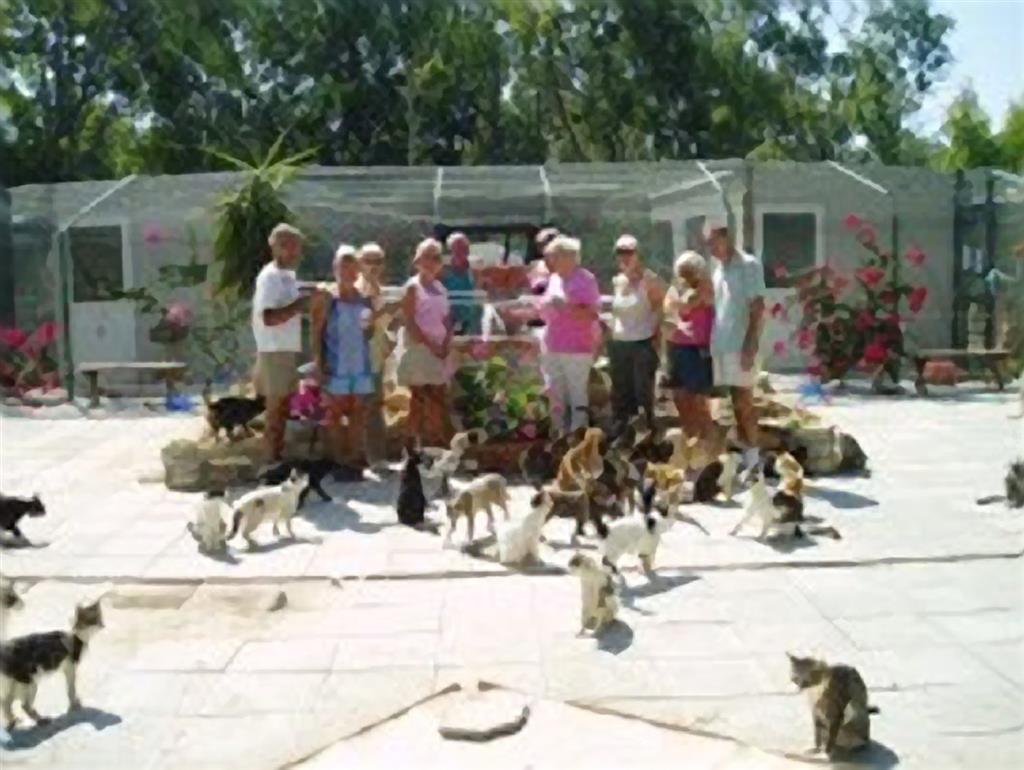 September 2nd saw the official opening of the new fountain

Yesterday saw the official opening of the MCPS fountain and in order to properly mark the occasion a few volunteers and lots of cats attended a small opening ceremony.

David Thomas first mooted the idea some months ago, but little did we realise just what he envisaged. During several weeks of hard work in very hot weather, David’s vision took shape, with much interest from the furry people and puzzlement from everyone else. As it grew, however, we could see that this was no ordinary water feature but a wonderful place where cats and people alike could sit, relax and take pleasure from their surroundings. David’s fountain stands in a prominent position in the Sanctuary, thus ensuring enjoyment at all times of the day and night, from both inside and outside the grounds – a wonderful testament to his skills and foresight.

As can be seen in the photograph of the day, ribbons were cut, glasses raised, cats cuddled (as ever) and, in the words of Sheila "May God bless those who sail in her, and drink from her" – Thank you David!