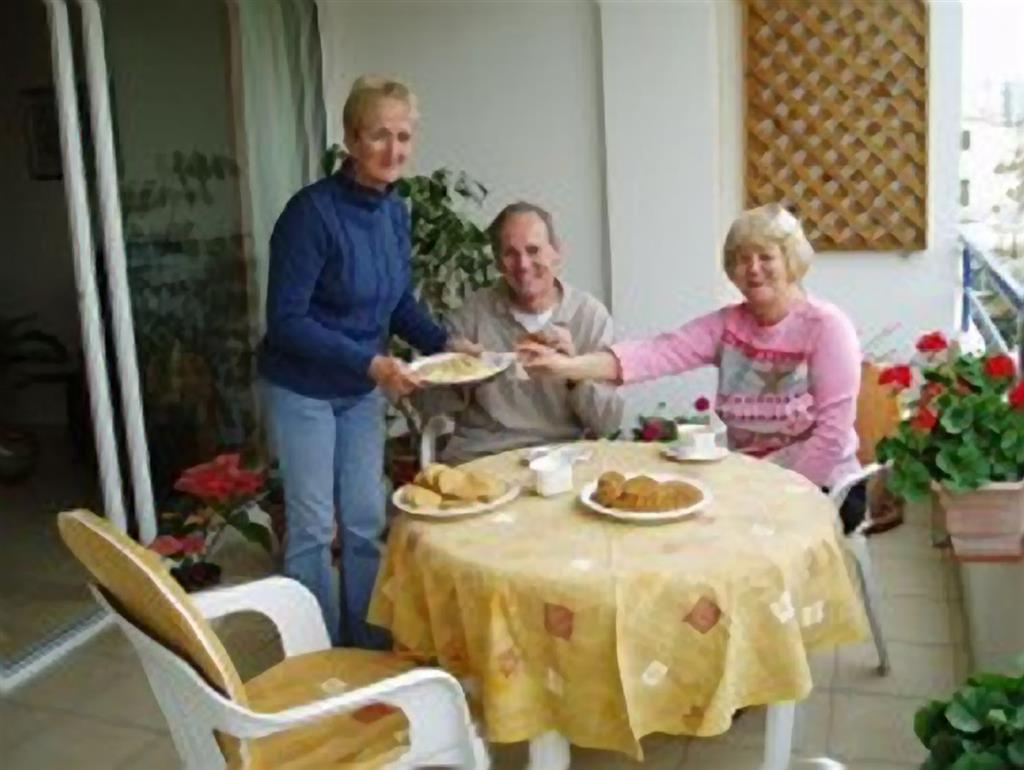 The first MCPS Coffee Morning/Bring and Buy was held on the 18th February at the Limassol home of Sheila White and was voted a resounding success by all those whom attended.

The first supporters arrived at 1015 and from then on, it was a constant trail of people beating a path to Sheila’s front door and the wonderful array of goodies on offer in her lounge and kitchen. A small MCPS stall was set up selling the usual cat-related items, (Horatio gained yet another set of adoptive parents), and another table displayed all the goods that people had been kind enough to donate on arrival. A brisk trade ensued with Steph and Sarah setting up and manning the stalls, and Sarah also selling greetings cards that she had donated to the Sanctuary in yet another corner of the lounge.

Plenty of home made cakes were donated and consumed along with numerous cups of tea and coffee, and many requests were received for Sarah’s Carrot Cake recipe and Heather’s horribly calorific Chocolate Chunk and Pecan meringues (don’t forget to send those recipes to Karen for the cookbook!)

It was a lovely morning and it was so nice to see lots of new faces, and have the opportunity to make new friends. The event raised ?145.90 and looks set to become a regular feature of the MCPS fundraising calendar.

As usual, these events don’t just happen and a lot of people contribute in many different ways to the overall success. Thank you to Sheila for having the original idea and for inviting us all to her home this morning, to Sarah for her cards, carrot cake, Christmas decorations and umpteen other gorgeous goodies, Steph for taking such good charge of the stalls and everybody else who attended and donated items – Jim and Lisette, Grace, Heather, Patsy, Gill C, Helen and Sylvia. Thanks also to Leo and Tasha, Sheila’s cats, who accepted the invasion of their home with very good grace and didn’t steal a single biscuit!