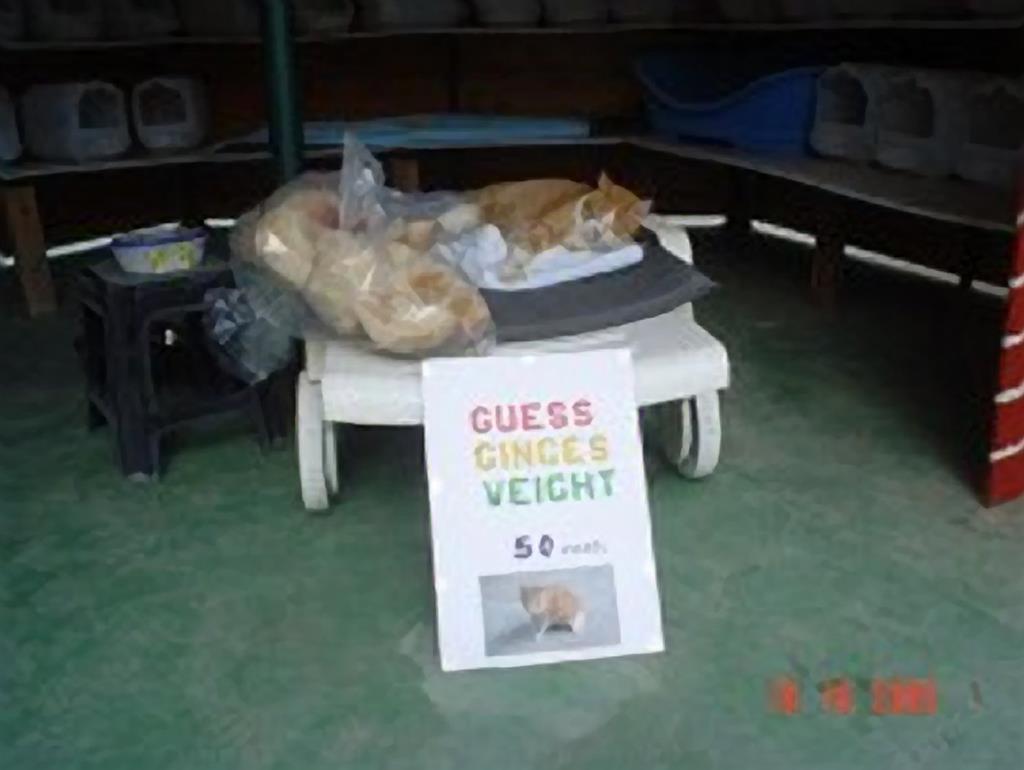 On Sunday 16th October the MCPS held there first ever open day!!

MCPS opened the Sanctuary doors for its first ever Open Day, and those who managed to attend will also know that despite the rain arriving in the early afternoon, an exceptionally successful and enjoyable day was had by visitors and helpers alike.

Our first visitors started arriving at quarter to ten and for the next few hours, a steady stream of people passed through our gates and into the sanctuary grounds, joining in the fun at various stalls and seemingly depositing money at every opportunity………

Although the Open Day was initially thought up as an idea to raise awareness of the Sanctuary and hopefully recruit new helpers, it has proved to be our most successful fund raising event ever with an incredible ?1442.50 having been raised today –

How we raised the money:

We had at least 310 visitors, with many more slipping through without collecting their ration card; we even had several people travelling from Paphos specially to visit.

We met lots of nice people and caught up with news on some of our homed cats – Ronnie’s new Mum reported that he had had to have several teeth removed, and also that Thisbee has settled into her new home very well.A Cypriot male arrived and volunteered his services for Sunday afternoons & a vet nurse living in Kolossi offered to take on any sick or injured animals that we couldn’t cope with, and lots of people said lovely things about the cats and our premises.

Nellie didn’t bite anybody, but Mr Jinx did. Grace received a nasty injury from Ragamuffin due to a dispute over a chair and somebody poohed in the shop (but luckily not in front of a visitor, and not on any stock, and we’re almost certain a cat was the guilty party). We homed five cats – two of the Von Trapp family, Misty the tabby and white kitten, Victor the adult long haired tabby, and Bostick the glue monster who will be with us until 2 November when she departs for her new home in Ayios Therapon.

Judy arrived with lots of lovely handsewn items she had spent weeks slaving over, and watched with amazement as the beds sold out within half an hour. Two went within a few minutes and only one bean bag, five lavender sachets and four tea towel holders remain from the sumptious array of goodies she brought.

Lauren and Francesca did magnificent work next to Kitty Villa, facepainting and decorating assorted small children.

There are an enormous amount of people to thank – those who helped behind the scenes, attended on the day, baked cakes, donated prizes, helped to set up/dismantle, manned stalls, the list goes on. Lots of people contributed and it could not have been done without help and support from so many people so thank you to everyone and especially to Grace for working so hard to make our first Open Day such a success.

MCPS has come a long way in the past few years, and especially in the last few months. It would have been unthinkable at one time to have held such an event within the Sanctuary grounds; the health and condition of the resident population would have precluded any such undertaking but now, just a few short months after some heartbreaking decisions had to be made, we are able to open our gates with a sense of pride to any and all visitors. Our cats are healthy, happy, and well fed – a fitting testament to those who went before them, and also to all those volunteers who have worked so hard to make the Sanctuary what it is today. I think Malcolm would be very happy.