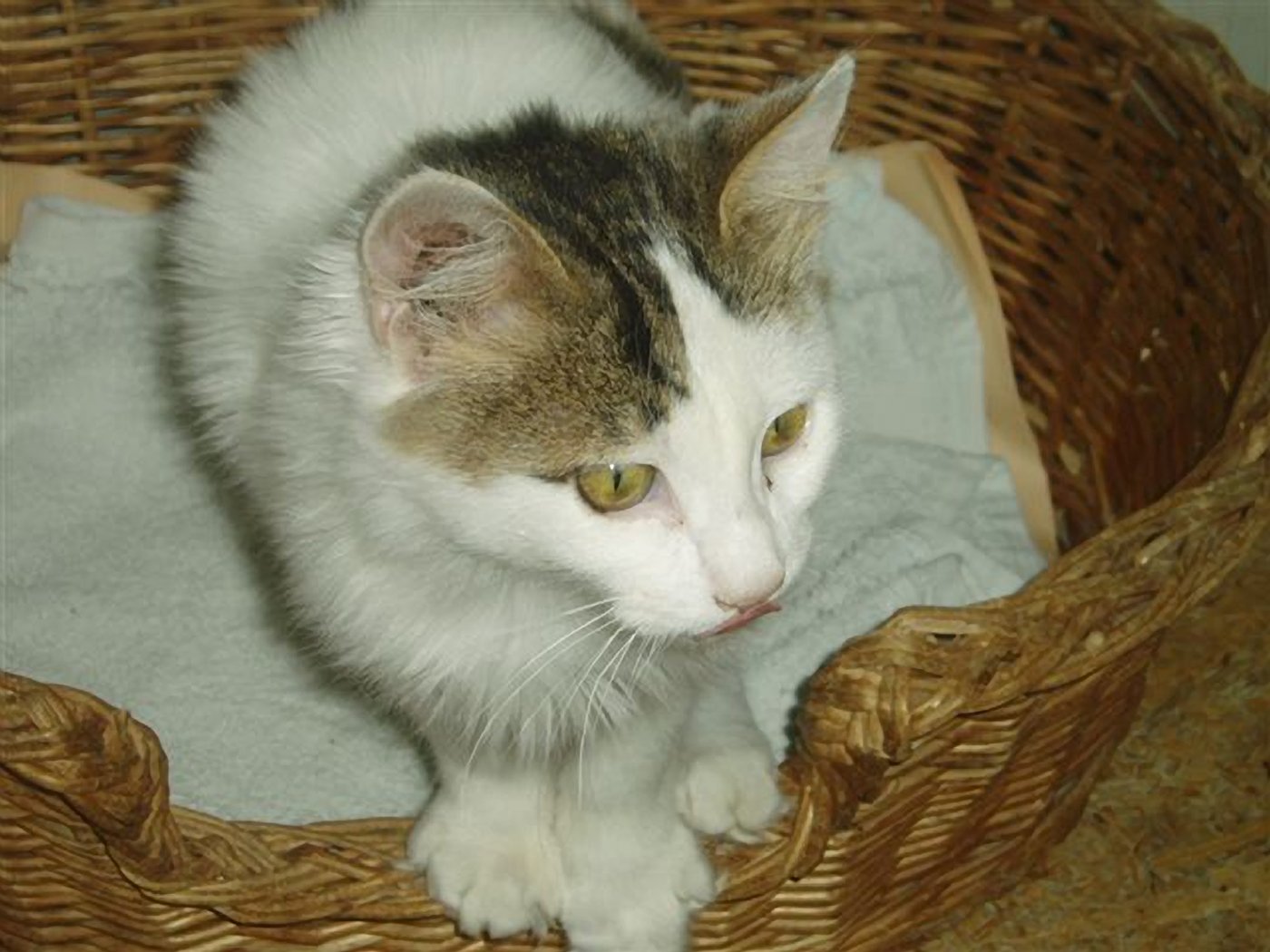 Raphe spent about a week at the vets as the leg required stitching and antibiotic treatment. HIs leg was still infected although the swelling is reducing and expected to be fine by the end of next week.

Raphe is already starting to put some weight on the leg. Our intention is to begin 1st vaccination about two weeks after the last anti biotic to allow for their presence to clear from the system and then a 2nd vaccination two weeks later.

All the above has happened since Raphe was brought in & he has since been neutered. It won’t be too long before he is out in the kitten pen with all the others!!

Thanks to the couple who donated funds towards the vetinary care of Raphe & the helpers & carers he is now on the road to recovery.

Good news Raphe has now been homed by a lady called Charis who has also become a helper.