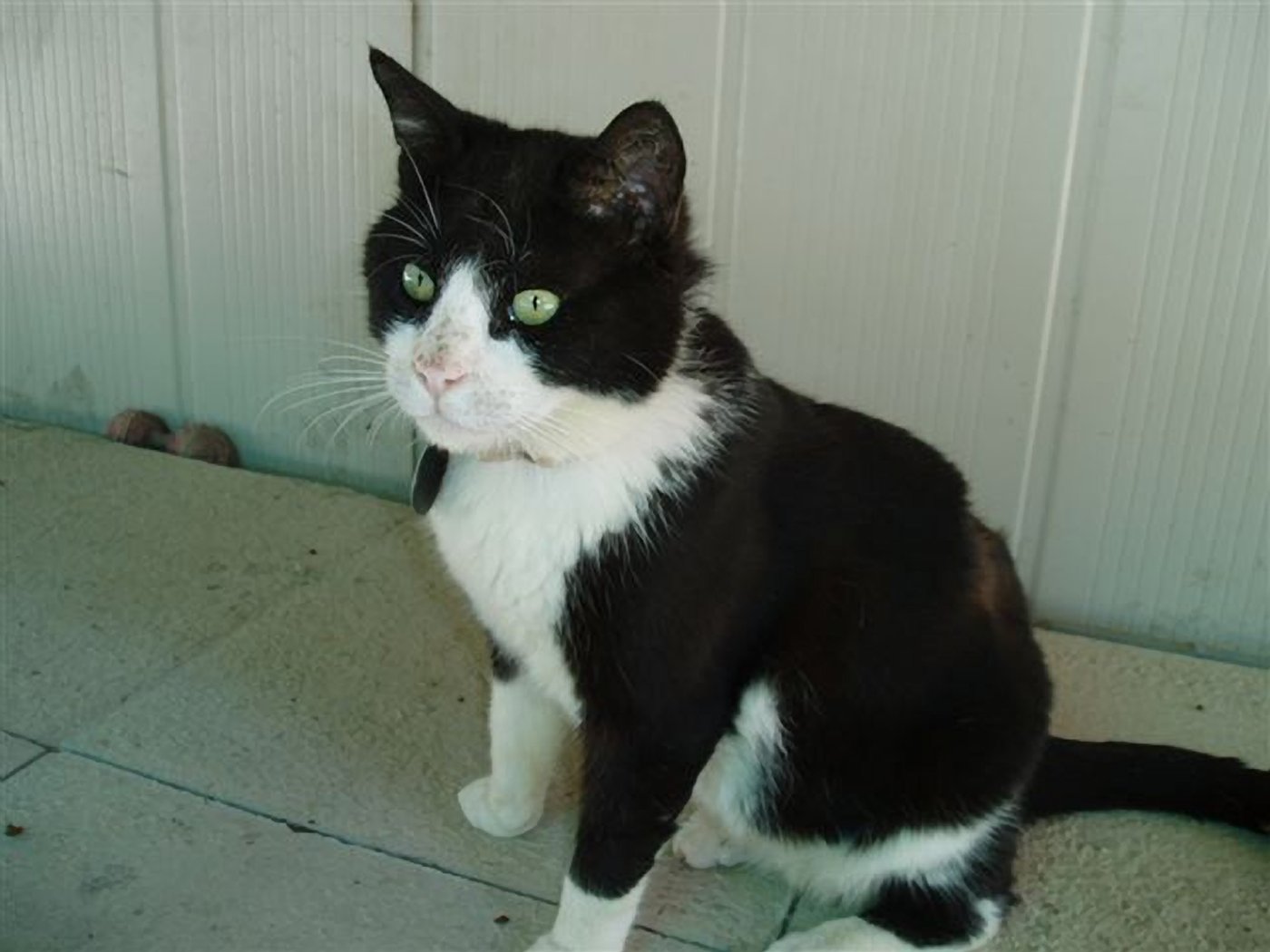 In February 2006 Fletcher was found, left for dead in a road, by a Cypriot gentleman who contacted the Government Vet expecting someone to tend to him. The following day Fletcher was still in the road so the gentleman transported him to a local vet and paid for his treatment. After 5 weeks of intensive care with an MCPS supporter he came to the Sanctuary to recover, and ultimately to live on a permanent basis.

Initially his co-ordination and perception were very poor and the vet diagnosed some brain damage. He had to be guided to his food and spent many weeks lying in his basket recovering slowly.

On showing signs of improvement he was moved to the kitten area where he could obtain some stimulation and company, and finally bask again in the sunshine. He has quickly adapted to his new surroundings and his health and well-being improve daily; he always stirs when he hears food arriving, and although unable to purr, greets any form of caress with his own version ? a cross between a growl and a deep rumble.

Update: Fletcher was homed in 2011 after having 5 happy years at the sanctuary.