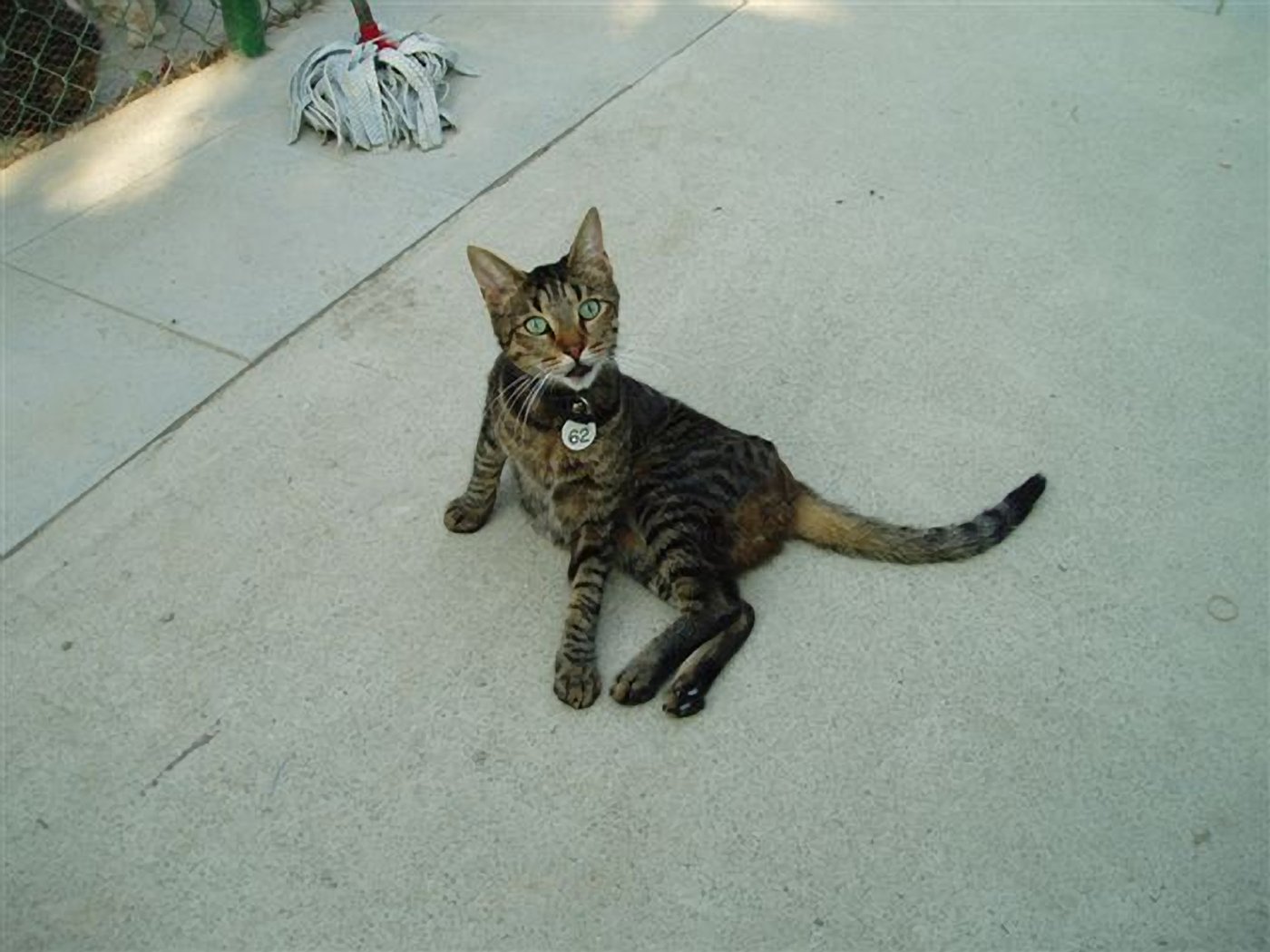 Cfor is one of the cats that took part in the Great Escape!!

Cfor (C for cat!) is a happy little chap who came to us in 2005 when his family returned to the UK. Life at the Sanctuary was fairly uneventful for him until the night in August 2006 when persons unknown wrenched the perimeter wire from its moorings and the cats took the opportunity to stage The Great Escape.

Nearly everyone had returned by the following evening but it took a week for Cfor to make his way home, dragging himself all the way as he was unable to walk. X-ray examination showed a broken hip and dislocated knee on opposite legs; major surgery ensued with a pinned hip and bed rest being the order of the day for several weeks. Convalescence in a foster home prior to his permanent return to the Sanctuary helped his recovery immensely and he is now back with his chums and happily showing them his scars, whilst swapping stories of what life is like ?beyond the wire?!

His hip is healing nicely and he has good mobility in that leg, but he is unable to jump as his opposite knee has been damaged beyond repair. He is coping very well, however, and will make someone a very loving companion ? could it be you?

Cfor was re-homed just before Christmas 2006 & is very happy in his new home.