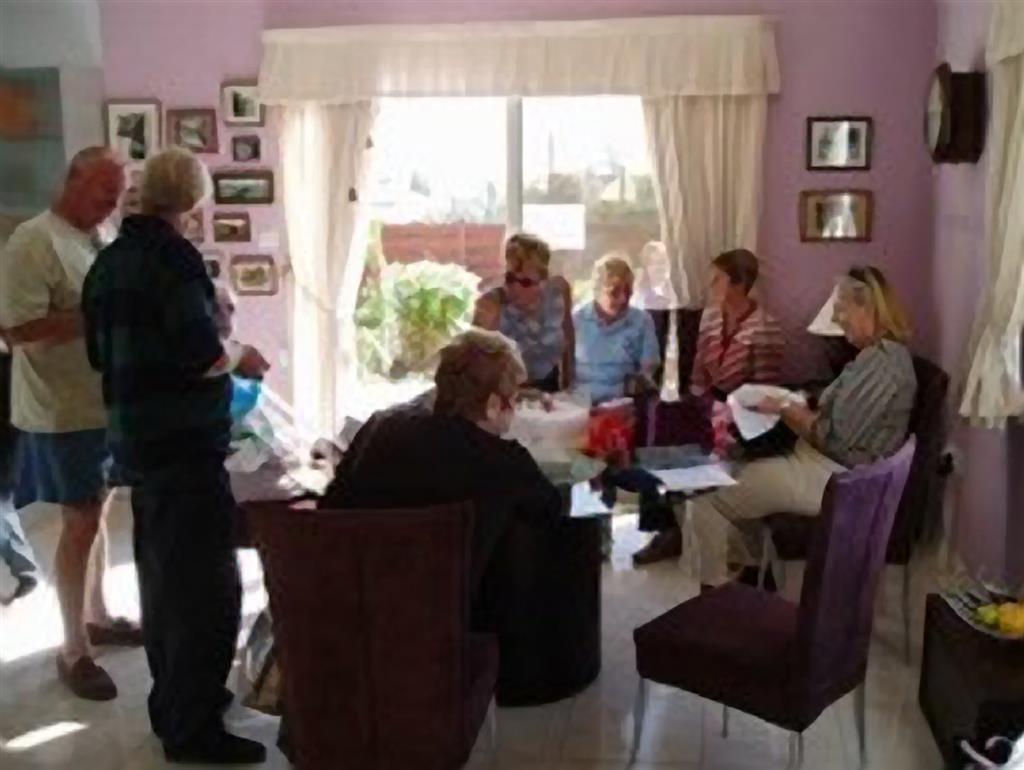 This weekend the MCPS has had 2 successful fundraising events.

On Friday Yvonne & Richard held their second Christmas Coffee/Sherry morning which turned out to be even more successful financially than last year and we thought that was hard to beat. Everyone paid ?1 on arriving which entitled you to a drink and as many mince pies you could eat, after a slow start at 10am by 11am the place was buzzing with people drinking their way through gallons of coffee, sherry and particularly mulled wine which Richard seemed to be endlessly topping up., they also munched their way through many mince pies which Yvonne must have taken days to prepare, there were hundreds of them and they were delicious and were on sale to take away as well. Any extra drinks were charged at 50c.The sale of books went very well as usual of which Tina was in charge of. Heather did the rounds with tasters of our new ?Cat Whiskers? wine which went down very well. Our shop merchandise was also on sale plus Adopt-a-Cat and lots of make up items which had been donated sold very well.

Shirley Lovatt had very kindly donated a huge Christmas cake to us which we had as ?guess the weight?, winner to be announced next Wednesday at the Christmas lunch at Philipos, Episkopi.

The final total was a staggering ?606.35. Thanks to everyone who helped out on the day and to Yvonne and Richard for opening their house for the event and especially to Yvonne who must be dreaming of mince pies in her sleep!!

Today, Sunday 3rd Dec, Grace and Heather went to the InternationalSchoolin Paphos for their Christmas Bazaar. Grace & Heather raised ?173, well done ladies, well worth going for, not just for the money but they also met up with some of our supporters from the Paphos area. Thank you so much for making the effort especially as Grace isn?t feeling too well at the moment.