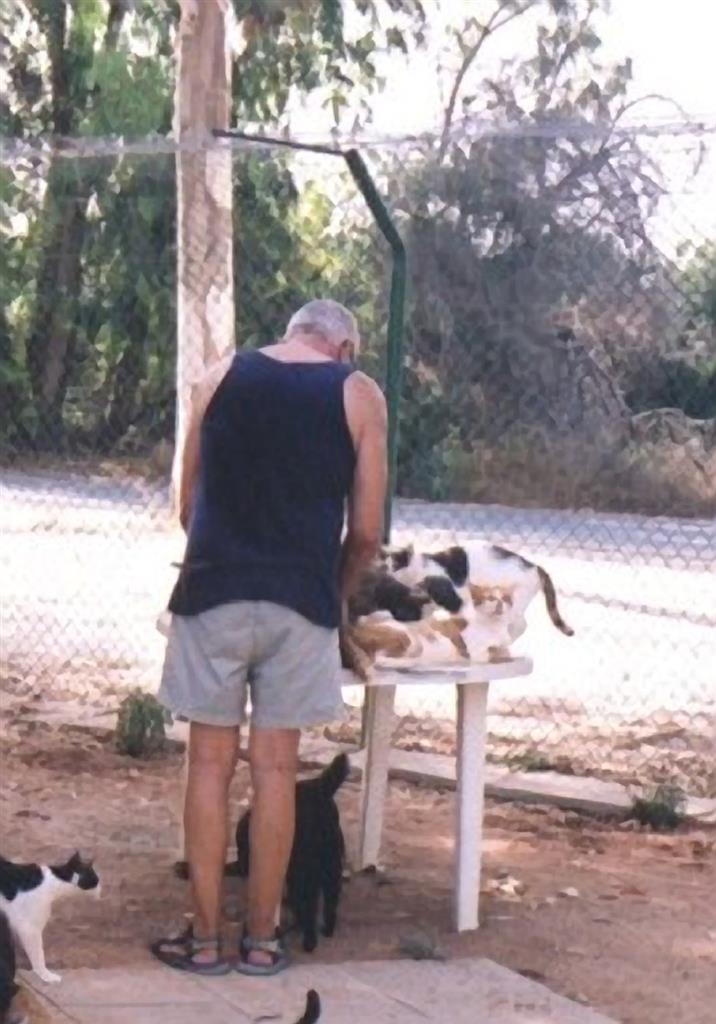 It is with deep sorrow that we have to announce the death of Malcolm, one of the longest serving volunteers of MCPS on the 5th February 2007.

Malcolm and Judy became involved with the Sanctuary shortly after their arrival in Cyprus. They could be found on Tuesday and Friday afternoons feeding, cleaning and caring for the many cats and kittens. Much of the maintenance and improvements to the old Sanctuary site were carried out by Malcolm. He supported Judy in her handicraft work, the constant whirr of the sewing machine making sure there was always a plentiful supply of things to sell on fete days and raise the much needed funds. He always made time to talk to the many visitors who returned year after year and became staunch supporters of the Sanctuary. If Malcolm was "Front of House" then a full donation box could always be guaranteed.

Malcolm with Judy spent his retirement years in Cyprus caring for many animals, those that were fortunate to share their home, and many others that benefited from their care and devotion. His quiet, good natured manner made him popular with volunteers, visitors and the many friends he made at MCPS. He will be sadly missed.

Our thoughts and love to Judy.