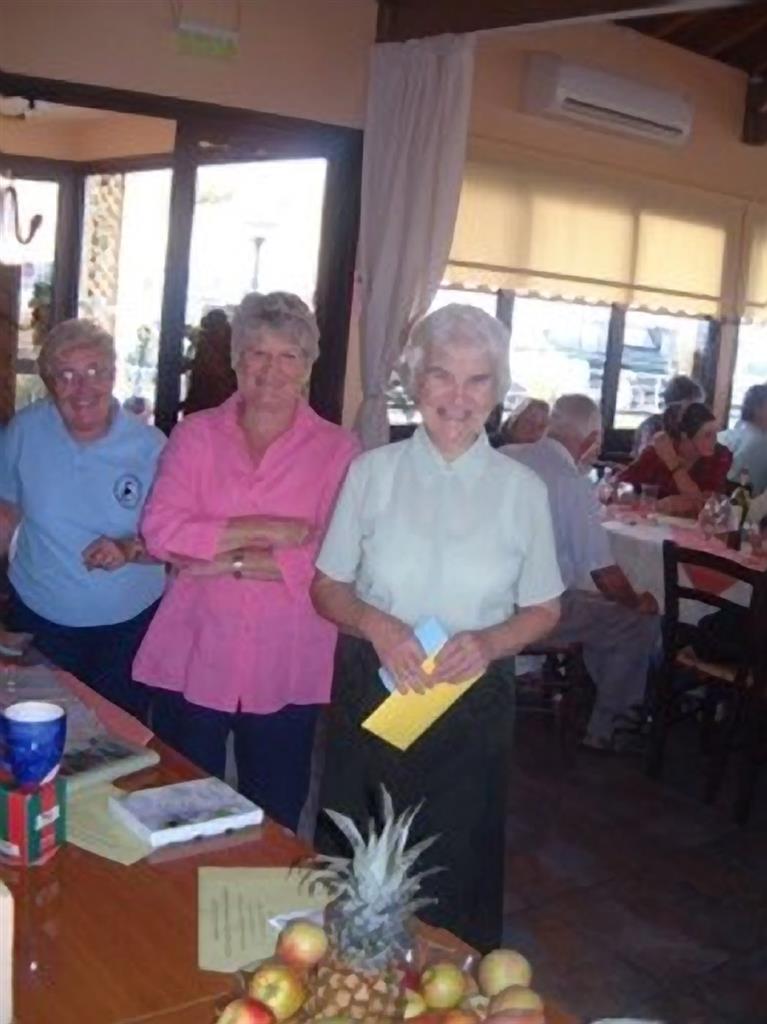 This year’s Christmas Lunch proved to be the best we have ever held.Shimabelos Restaurant was a good choice as it has plenty of room which weneeded as well over 100 of our supporters bought tickets for the bazaar andlunch. A dozen stallholders started setting up at 10 am and by 11.30 eagershoppers started to arrive, there was a good mix of stalls and they allseemed to do well and most stayed for the buffet lunch at 1pm which wasdelicious and plenty of it.Once again Shirley (Beach cats) had made us a Xmas cake for Guess theWeight, this was won this year by Peter Lea. John Crowther who won it lastyear told us what a delicious cake it was, so thank you Shirley.The final total raised for our furry friends was a staggering 1,126.00. Ithink everyone who attended would agree it was a very pleasant way ofraising money for the sanctuary.Thank you to everyone who helped out – Tina & Michael for doing the books,Steph, Rita and Sue D for manning our stall and Doreen who trapped everyoneat the door to sell them raffle tickets and to several others who arrivedearly just to lend a hand. But the biggest thanks must go to Grace whoworked tirelessly to make it such a success.