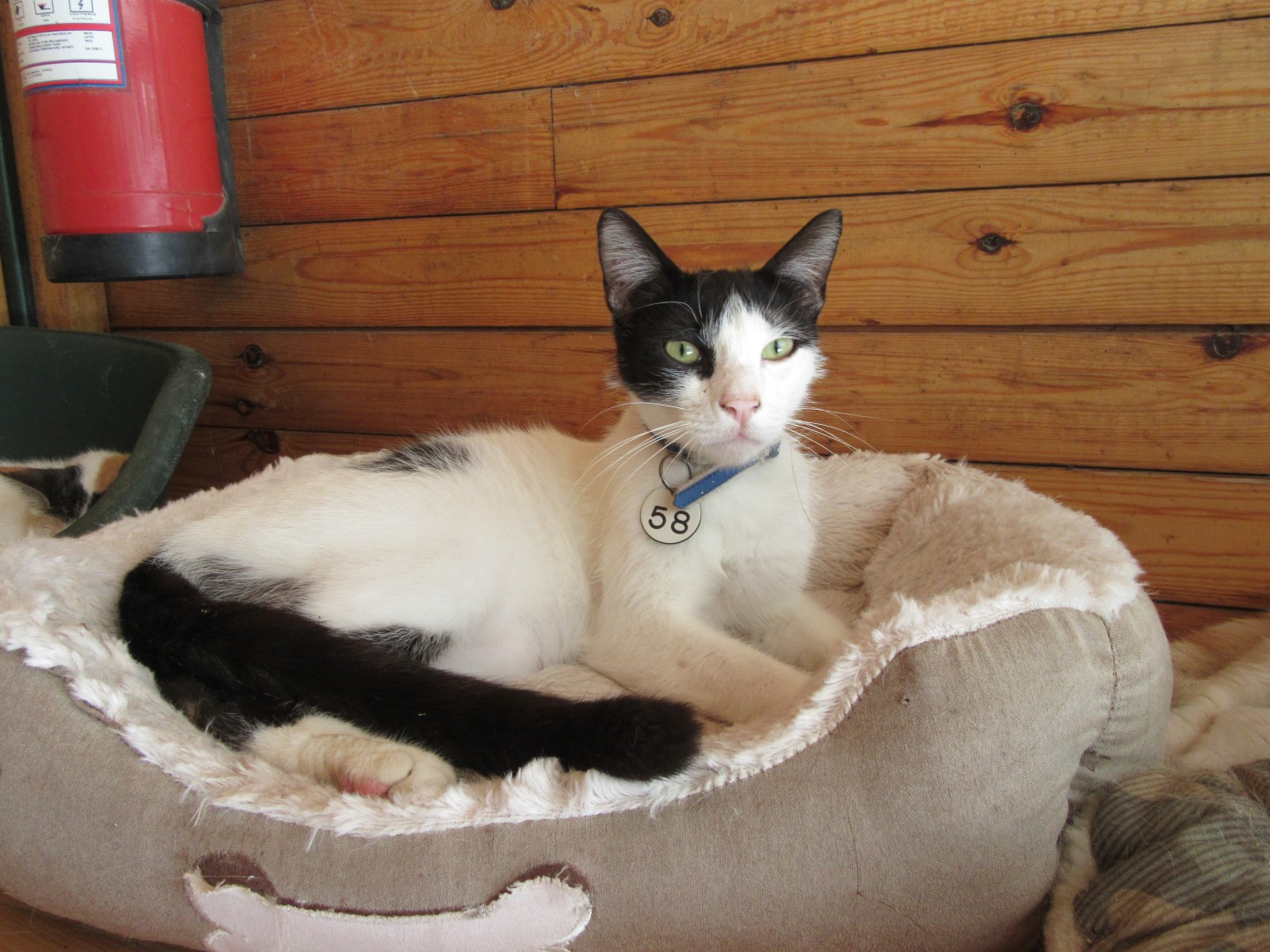 Sylvester wears collar 58 he is a lovely black & white cat. Sylvester was given to Gertie, a nursing Mum, as a very small kitten & she raised him along with Pudding another kitten. Sylvester was originally called Dumpling and was born around early March 2016. He was homed in June 2016 but brought back to the sanctuary in November 2016 as he didn’t get on with the older cat. He is a big cat but has a lovely nature, his previous owners didn’t get him castrated but this has now been done. Could you home him?