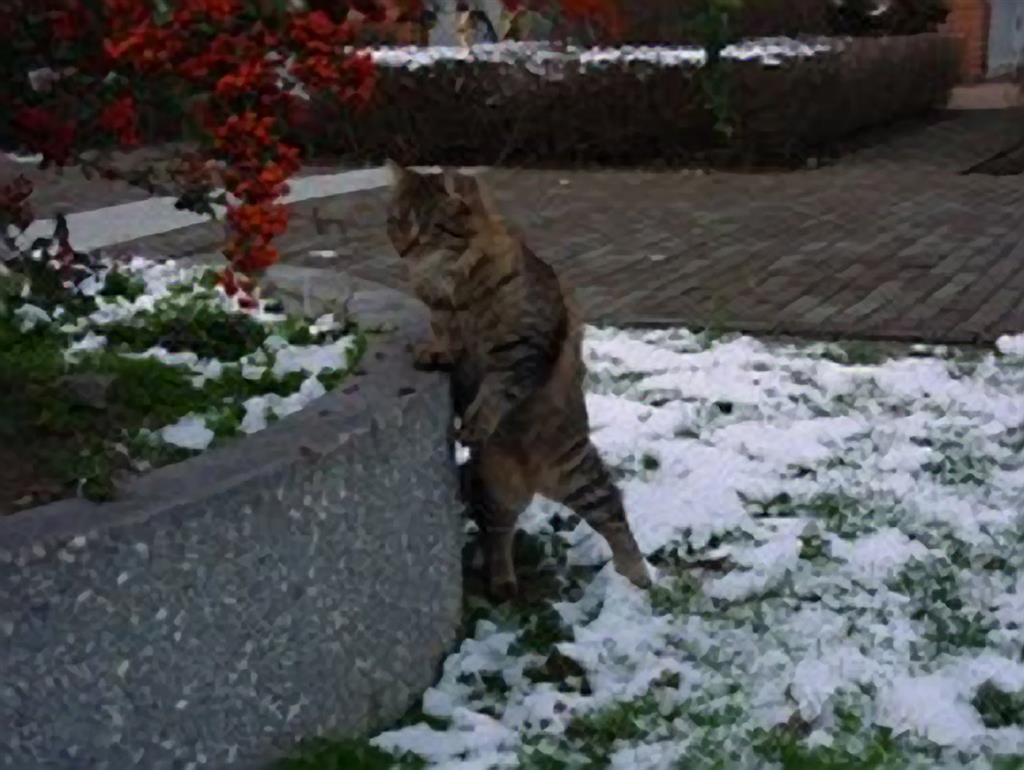 Meli is a happy cat that loves going outside, though I wont let her go alone, since the traffic here can be hopeless. She does go outside sometimes, when I am present to play with her (and keep an eye in sight). Although she is very affectionate, I learnt not to keep my hopes up on her loyalty: one evening when the sun just went under, I twisted my ancle in a trech I didnt see, and couldn’t get up, Meli on the other hand, wasn’t bothered at all, just took the toy mouse from my hands and started playing with that instead.

Sometimes I do think we should have a labrador instead, or one of those sheepdogs with a shot in a little barrel under their necks.

Mikkos also had his fair share of trouble, after disapearing for a day (he is a true out-doors cat), he came back with pain in his bottom and tail. To cut a long story short, my uncle reckons someone gave him a big kick on his bum, which the vet thought would have caused to break in his tailbone.. He has had a week where he lost his control over his bladder and tail. Now they have amputated his tail (since he didn’t have any sensitivity in it, it could get stuck in doors and shrubs), and he regained control over his bladder. It was all very sad & we were all worried about him. Luckily now he is wild and playful again. Damian and I have visited them just before Christmas, and it was great to see him trying to climb up the Christmas tree, which they have just put up that morning. He still gets all the compliments on his good looks though, the lines in his fur are beautiful.. Meli on the other looks just like a furball. Photo is of Meli in ‘our’ backgarden, she hated the snow!