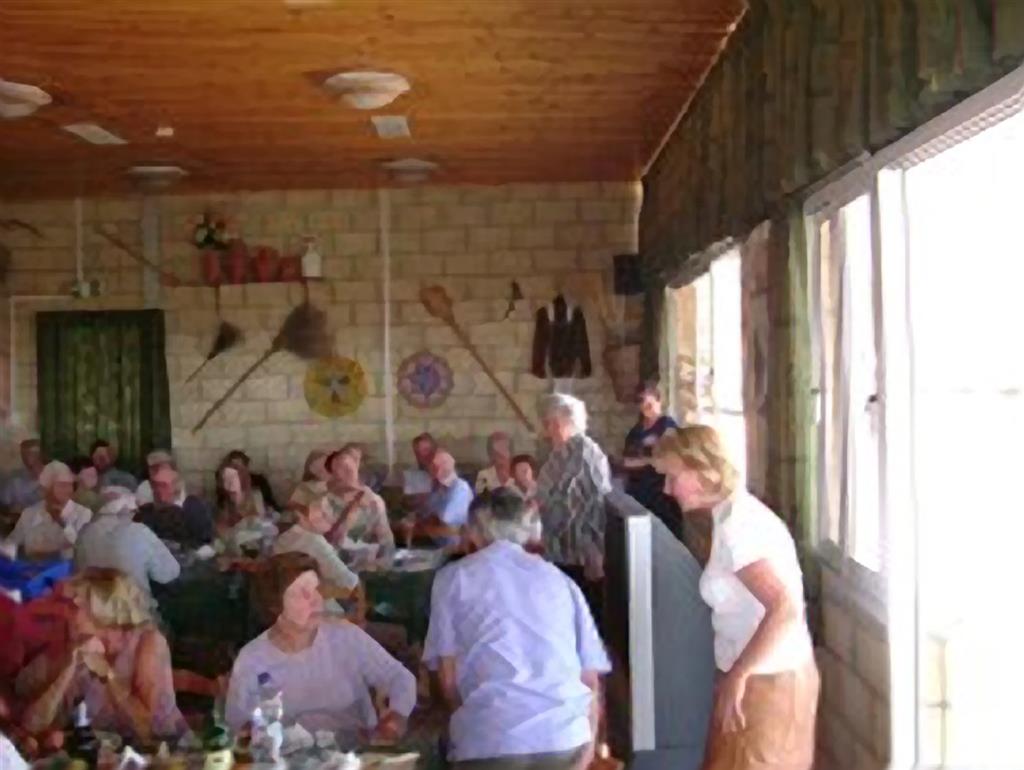 Thanks to all for your support

88 people attended our lunch at Philipos Taverna, and most of them were so keen to have a good time that they arrived early! Not a problem for us, of course, we just slowed them down at the door by the simple expedient of positioning Steph and Pauline at the appropriate slalom points with books of raffle tickets. Much jostling and poaching ensued but it has to be said that when the monies were counted Steph was slightly ahead…………although Pauline has to win the prize for most tenacious when spotted leaving her food halfway through the meal as soon as she realised one couple had not been sold any tickets at all.

Once inside, and thinking they were safe from any further ticket touts they were free to browse the raffle prizes (thanks to Len, Pauline, Gill, Patsy, Helen, David T and Yvonne whose joint endeavours meant that we had some spectacular prizes on offer), the book and video stall (very popular, and manned by Caron) and the craft stall (set up by Gill Manson who paid us 20% commission on her sales). It was then Gill’s job to sell even more raffle tickets, this time for a cat themed cot quilt very kindly made and donated by Marlene Wallington, and it was a job very well done as she managed to part people with even more money without them realising what was happening.

Small amount of consternation ensued when it was realised that not enough places had been laid but this was quickly overcome, and lunch commenced exactly on time at 1300, after welcoming remarks from Mary. And what a lunch……..the food didn’t stop coming out of the kitchen until over an hour later by which time even the hungriest participant had been satisfied. Pauline distributed "catty bags" for the leftovers and people were frisked at the exit to ensure no dogs were going to benefit from these leavings! Russell acted as official photographer and took some wonderful shots.

From comments received on the day, and afterwards, it would appear that we can count the lunch as a huge success. People thoroughly enjoyed themselves, citing the excellent food and company, and the warmth and friendliness of the atmosphere.

Apart from the people already mentioned thanks must go to Mick and Richard for their help in setting the Taverna up and to Len for acting as doorman, security guard and voice of common sense.

Now for the good bit:

Cot Quilt Tickets 46.00 (raffle still on-going – to be drawn later in the year)