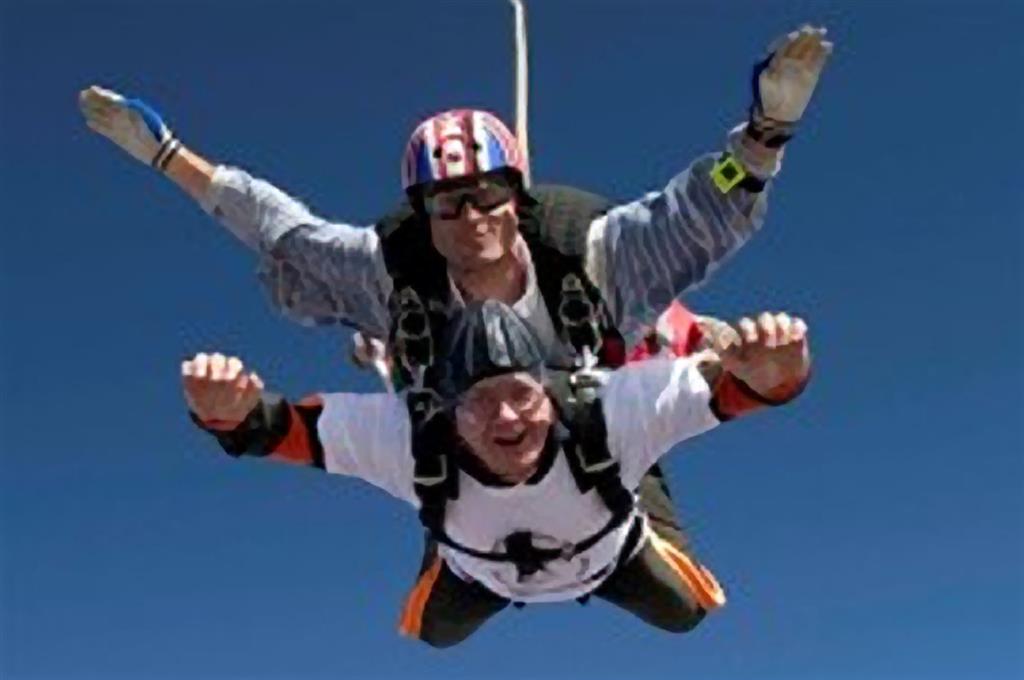 Congratulations to Taff Evans who jumped for the MCPS cats

During a late night telephone call several months ago, Cpl Taff Evans of AFMT, RAF Akrotiri rashly agreed that a parachute jump might be a good way of curing his fear of heights. The theory was finally put to the test last week when he successfully completed a tandem jump at the SkyDive Centre, Kingsfield, Dhekelia, cheered on by family and friends.

The jump was arranged by his son, Sapper Steven Evans of 35 Eng Regiment, Paderborn, who is himself a keen parachutist having completed over 130 jumps. Steven?s detachment to Cyprus with the Commandant and staff of JSPC(L) Badlippspringe provided the perfect opportunity and Taff was soon briefed, harnessed and on his way to 12,000 feet.

Exiting the aircraft proved no trouble and, after taking 50 seconds to drop to 5,000 feet, the parachute was deployed and a gentle descent lasting five minutes commenced allowing lots of time to admire the scenery and prepare for landing. Whilst not a textbook landing, Taff emerged from the prone position with a large grin and a huge sense of achievement. The grin has not yet dissipated and he is now in the process of investigating courses.

Taff was also kind enough to undertake the jump for charity and the Malcolm Cat Protection Society would like to thank Taff, his wife Debbie, son Steven and everyone who encouraged and supported Taff for their help in raising approximately ?350 ? a wonderful amount of money to raise, and for which we are very grateful.