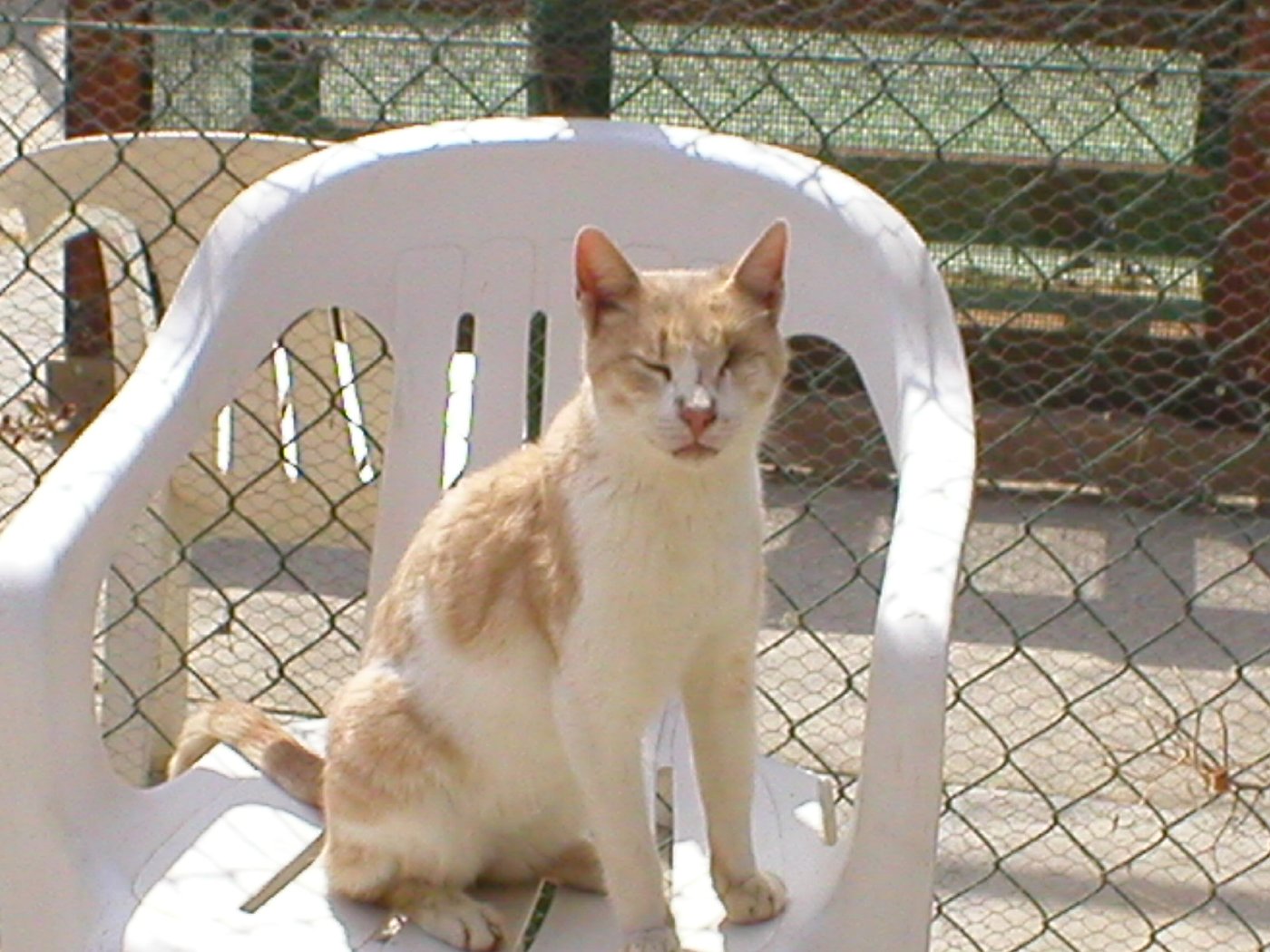 Dino was one of our cats on our adopt a cat scheme.

Dino spent many happy years at the sanctuary. Though he started to became ill in Jan 2007 & sadly died in May 07

It was found that Dino was suffering from FIV and the vet’s advice was that he be put to sleep as his health would never return to normal and he would continue to lose weight despite almost continuous extra feeding. The medical advice was followed and Dino left us for the last time, to join the rest of his friends at Rainbow Bridge.

It seems strange but in the past few weeks, it was almost as if he knew he would be leaving us; he had always been an affectionate little chap but he became a proper "lap" cat, seeking out helpers and visitors who would be having a rest on a chair and jumping up to join them to receive cuddles and strokes, of which there were always plenty……take care, Dino, we all miss you and please say hello to Gris Gris and Horatio for us. Rest in Peace.