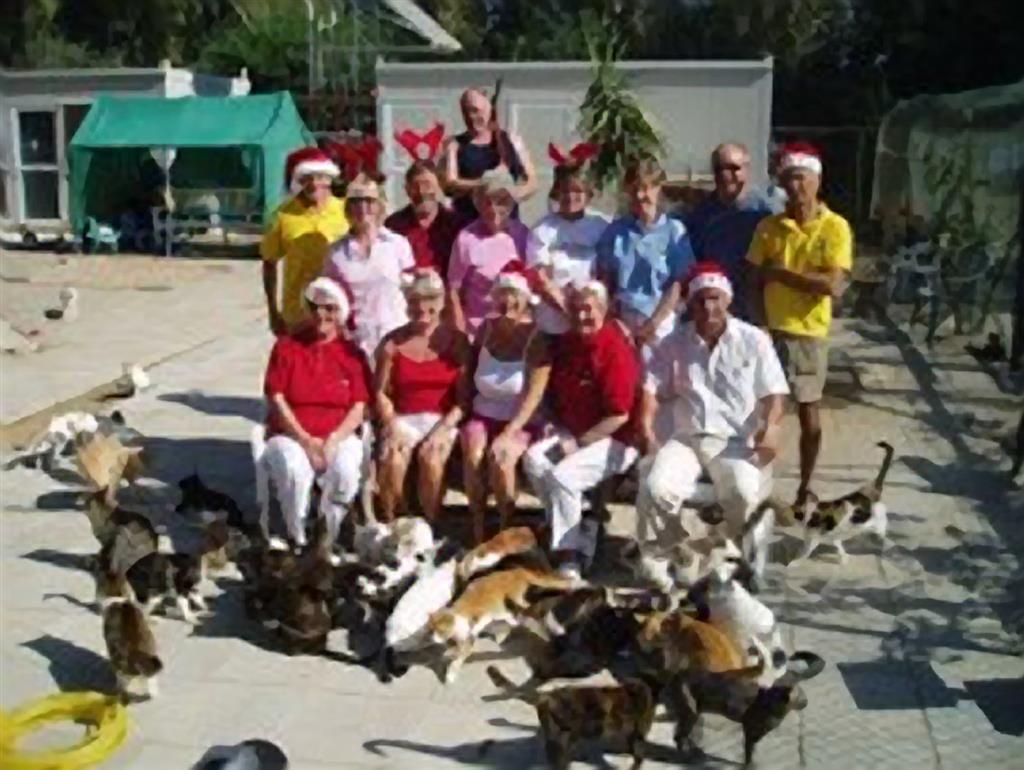 An update on our latest fundraisers

Thanks to Gill C for this item.

Last Thursday Yvonne & Richard held a very very successful coffee (sherry) morning at their house in Erimi. About 70 people turned up during the morning, one lady came at 10 and had to leave to go to work and returned

later as she was enjoying it so much. I arrived along with the workers from the sanctuary at about 11 and you could hear the noise of people enjoying themselves right down the end of the road. Fortunately it was a beautiful morning and we could sit and socialise outside in the warm sunshine. Yvonne made 219 mince pies and was left with 14! The mulled wine that she made went down very well and a second batch had to be made, the recipe came from the

MCPS cookbook (to be published in the New Year) – get your orders in now!

Obviously serving alcohol is a good idea as we took ?452.78! A lot of money was made on the book stall which always goes well, on MCPS merchandise but mainly on extra drinks and donations. A lot of people left saying "you must do this more

often". I believe an Easter one is already in the pipeline! Thank you to Yvonne & Richard for opening your house for the event& especially to Yvonne for making so many mince pies.

The car boot sale on the 26th November raised ?221. We always manage to break the ?200 mark which is very good going. Next one hopefully the 17th December, weather permitting.

The Bin-a-tin at Episkopi in the fundraising efforts which Sue & Charlie Dobson arranged on the 26th.

In spite of St John’s School being there collecting rather aggressively for a climb up Everest they managed to collect a fair amount of tins of food and biscuits for our sanctuary cats and also some dog food!

Two calendars were sold and some money raised in the donation box so not a complete waste of time and something we wouldn’t have had.

Well done Sue and Charlie, hope you haven’t been put off.

On 4th Dec Grace & Heather went to the International School at Paphos for a Xmas fair. They raised ?172.10 selling MCPS merchandise. Grace tells me the calendars went very well. Thank you Grace, John, Heather & Peter for transporting everything to Paphos and for manning the stall, also thanks to Gill Pollard and Nick for helping out.

Next event is the Xmas lunch at Philipos, Episkopi this Thursday which is a sell out.

Thanks to everyone who helps and attends our fundraising events.