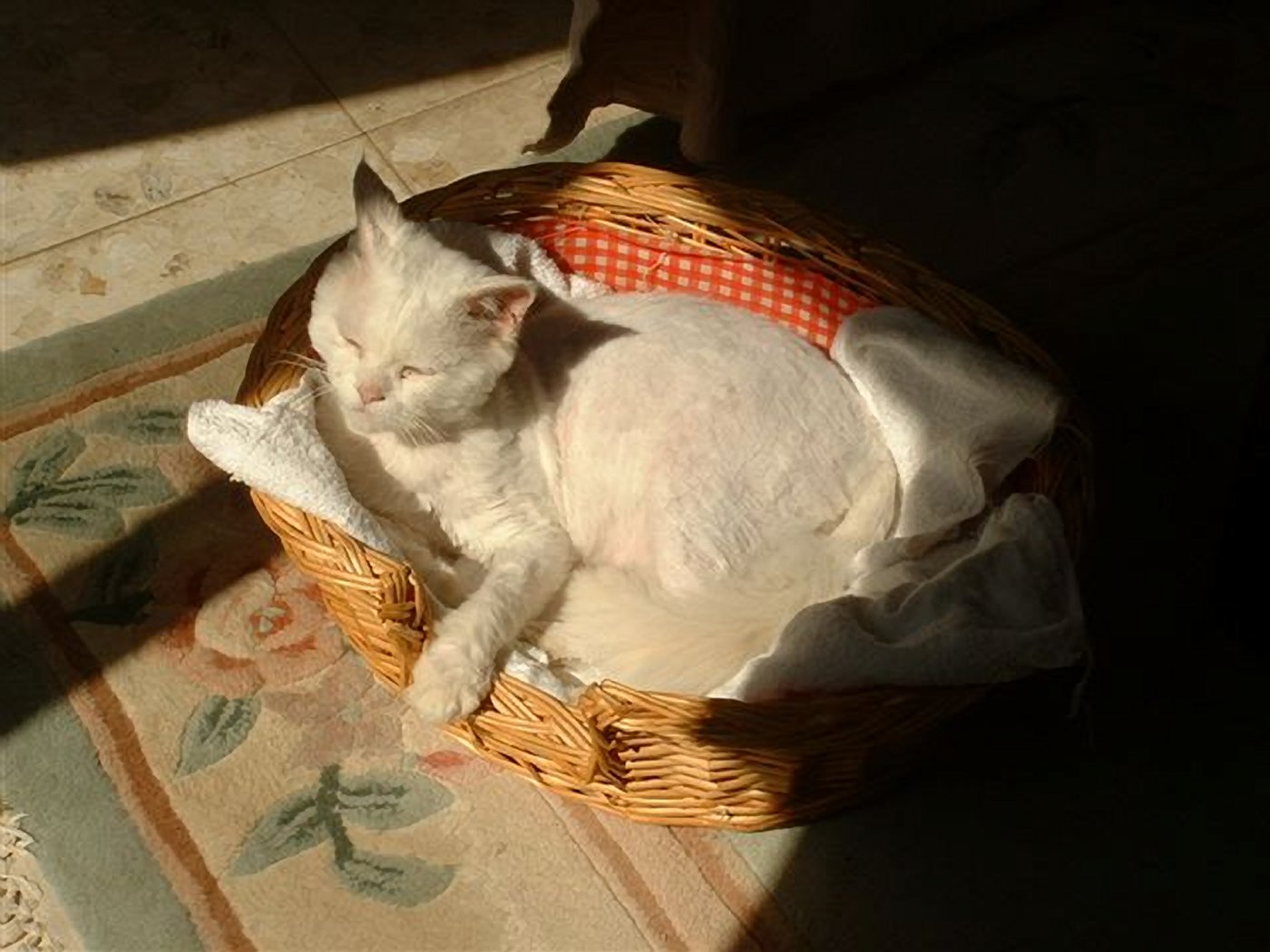 Matty was found outside the sanctuary a few months ago covered with oil and with a broken leg.

We think Matty was probably involved in a car accident and someone had found him and left him at the sanctuary. Despite being a persian Matty was found to be deaf.

A couple from Paphos Evelyn and Derrick wanted a cat that would stay indoors and Matty fitted the bill perfectly as he is such a laid back cat and loves affection ? a real lap cat.

Its wonderful to hear Matty has settled in well with his new owners.