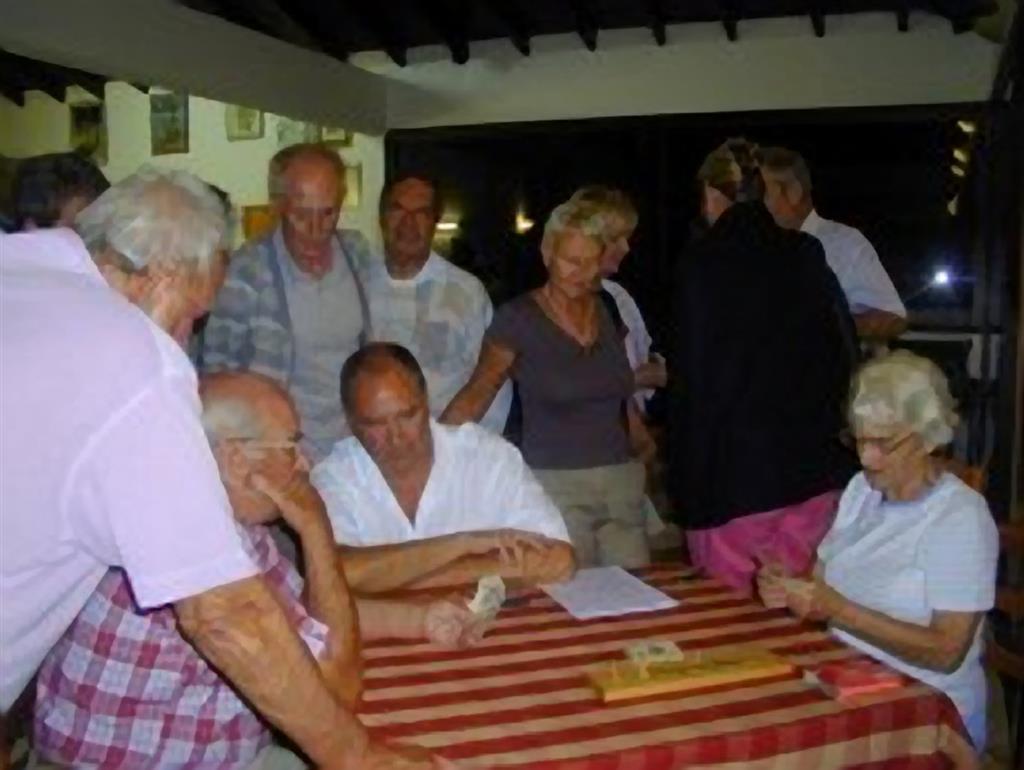 On Friday 14th October a succesful fundraising event was held

Everyone who attended the 3B’s event at Erimi Bowling Centre will know what a relaxed, enjoyable evening it was. We kicked off at 5pm being organized by the very efficient staff at the club taking the names of who wanted to play Bowls, Boules, Crib and Dominoes. Most people hadn’t played bowls or boules before but everyone had a go and many did very well. In between the games we had a marvelous buffet put on by the Aphrodite Club, loads of lovely salads followed by hot chicken or pork or a Mexican chicken dish with roast potatoes.

The games continued outside under floodlights, everyone took it all very seriously as you can see from the photos. The winners of the evening were-:

Pam Everett (a supporter) at Boules, Joyce (a lady on holiday and staying with supporters) won the Bowls, Sue Parker won the Dominos and it was a very tense fought battle between the Ashcrofts to who won the Crib competition, Jim won in the end – very un-chivalrous of him I think not to let his wife win!!!!

We had the usual raffle which took over ?100. The grand total made for the sanctury was ?356

A big thank you to Grace for setting it all with the Bowls Club. We hope to arrange a similar event next year.