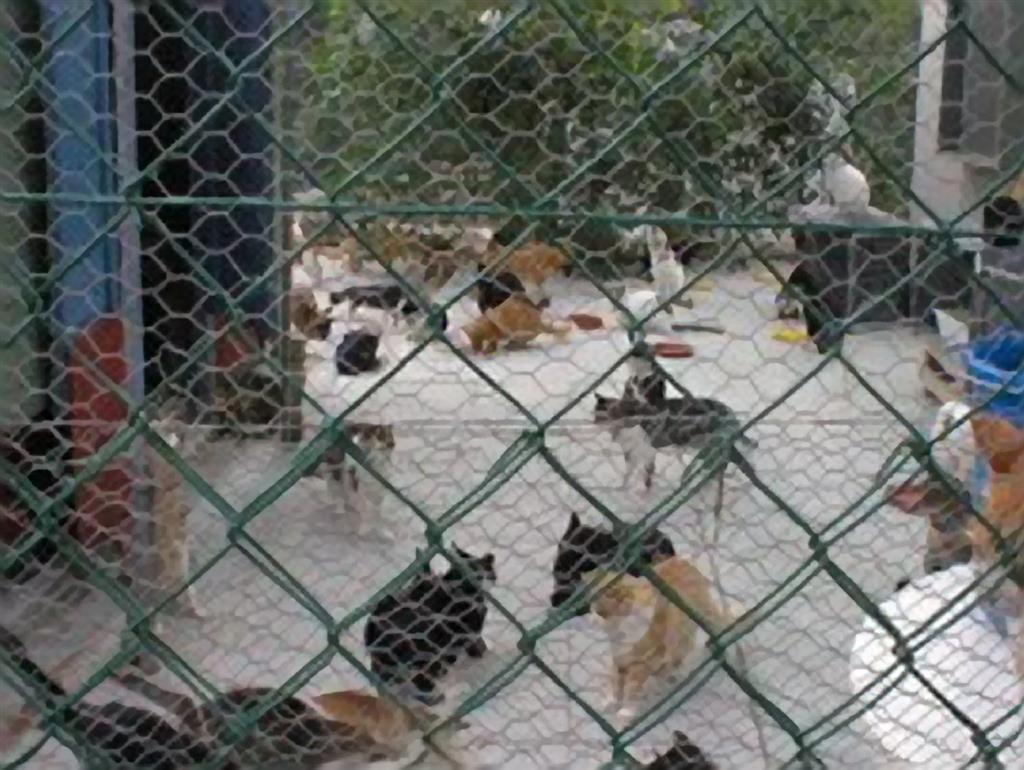 On Monday 19th October Vaccination day was held at the sanctuary

Monday the 19th October was a very early start at the cat sanctuary 7am!! Sue P, Sue D, Charlie, Faye, Doreen, Rita & Yvonne Pond were there to trap & capture as many cats from the Main area as they could. All the captured cats were put into the Kitten area ready to see the vet. Yiannis the vet arrived at 8am & the mass inoculation began.

Some cats came quietly but the majority of the cats came out scratching, biting & not at all happy & poor Sue P, Sue D, Fay & Charlie were covered in scratch & bite marks but they soldiered on to the very end.