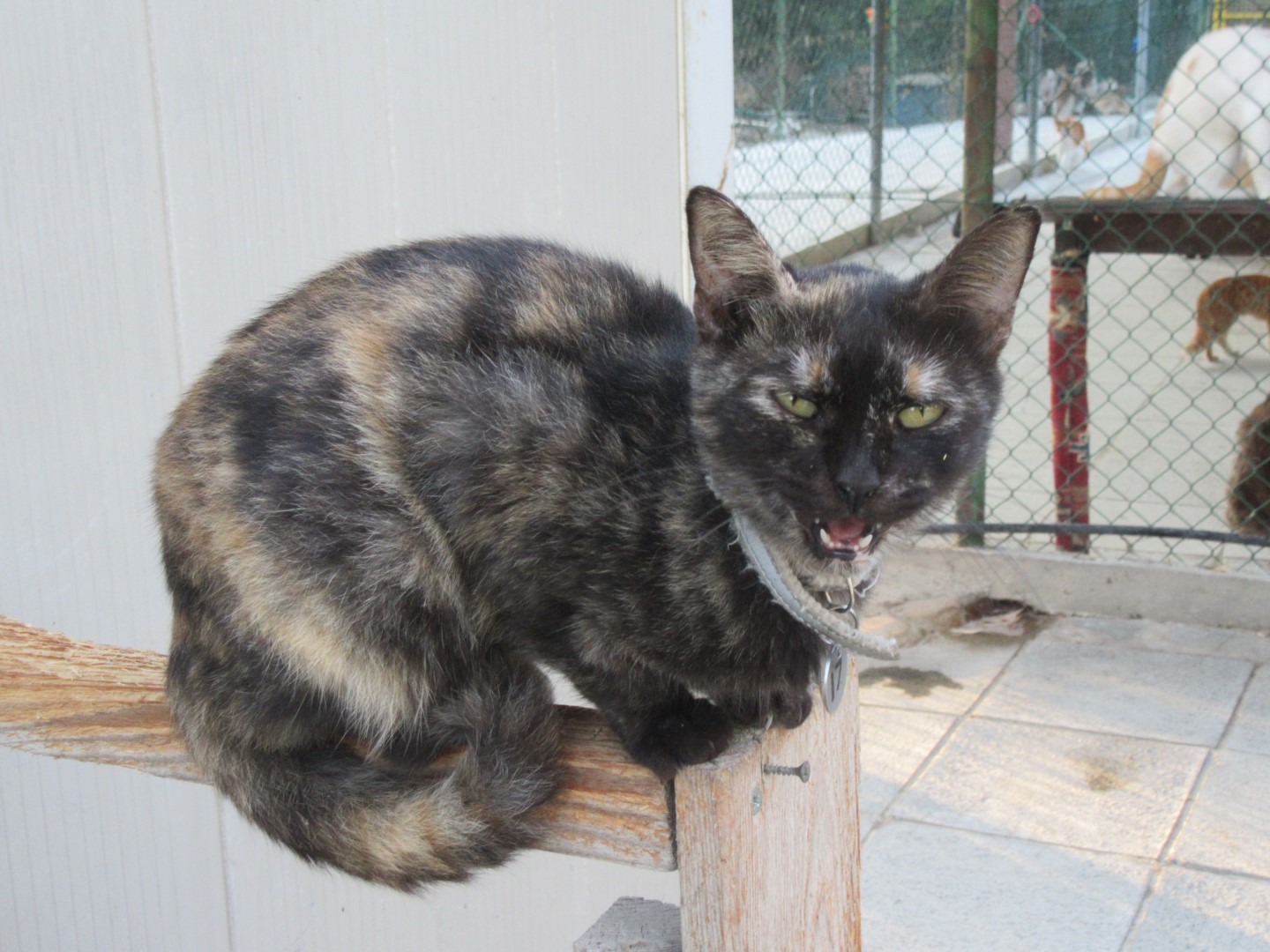 Tula is a pretty little Brindle who wears collar 171 at the sanctuary. She came into the sanctuary originally as a kitten in 2016 with 2 siblings Cordelia & Cornelius who have since been homed. We think Tula was born around February/March 2016. Tula was originally named Bluebell & wore collar 73 but she went AWOL for a while but was found outside the sanctuary & given a new name & collar number on her return. Tula has been spayed.

In July 2018 Tula became the latest edition to the MCPS sponsor a cat scheme if you would like to sponsor her for further info see our Cat Sponsorship Page.

An older photo of Tula: 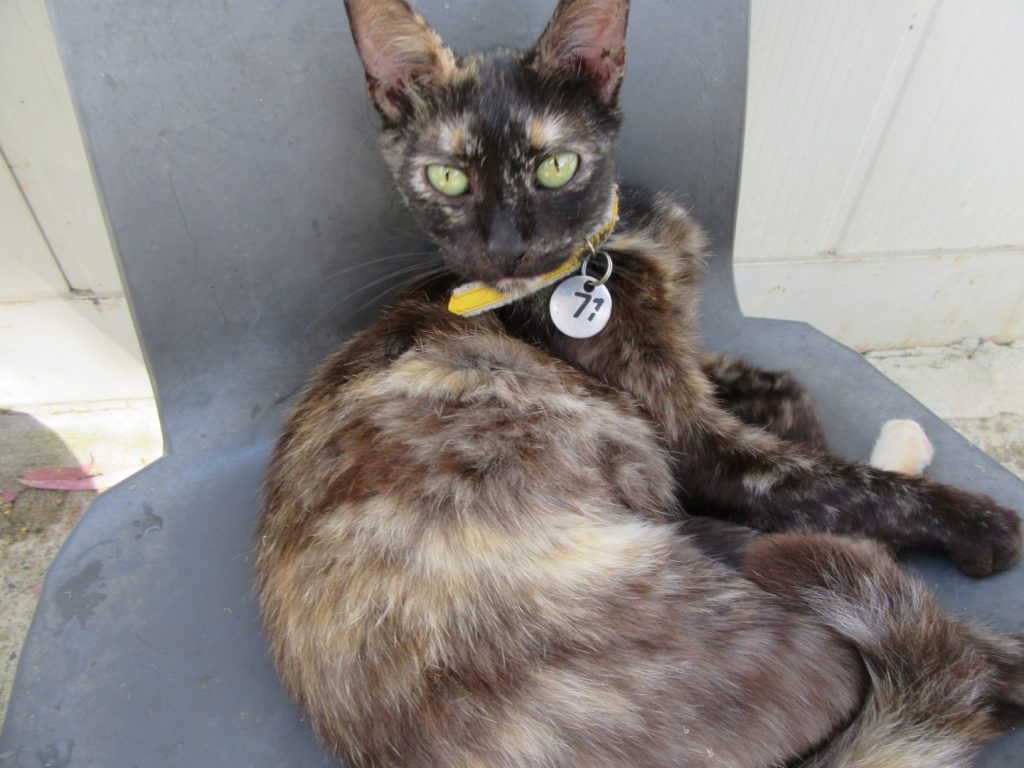