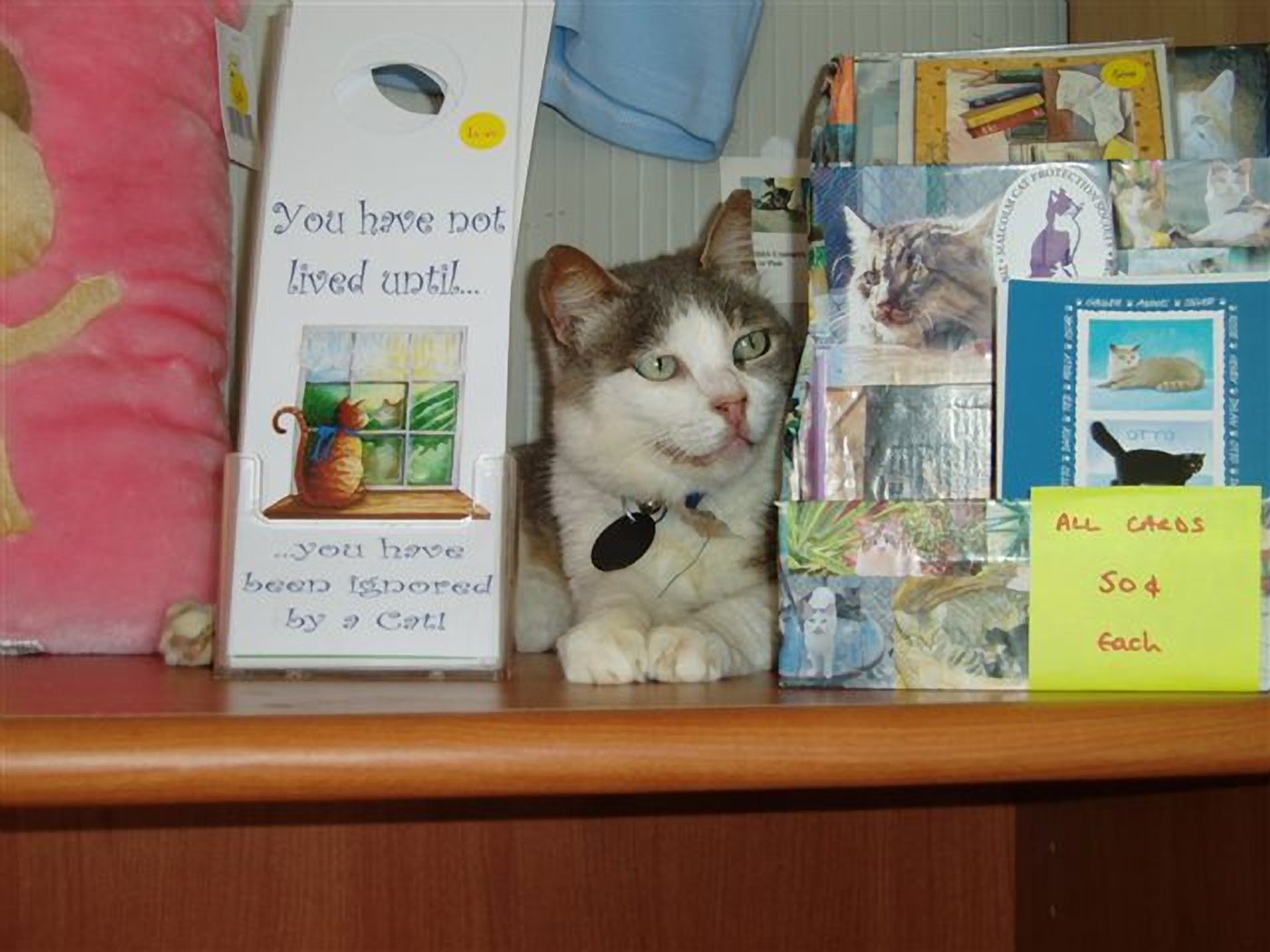 Mrs Whitehouse has been at the sanctuary for approximately 7 years. She was about to give birth to a litter of kittens when she arrived, and was very selective about where she wanted to rear her family. She eventually took up residence in a little white house that someone had kindly made and donated. She liked it so much that she stayed in the little white house with her family for quite some time ? hence her name, Mrs Whitehouse.

Mrs Whitehouse became one of the Adopt a cats on the MCPS AAC scheme.

In 2007 Mrs Whitehouse had been quite ill recently with a number of ailments, none of which were responding to treatment. Blood tests were therefore conducted and it was found that she was suffering from FIV. The Sanctuary vet advised that she would never regain her health and that a number of her conditions were chronic and causing her pain; medical advice was to put her to sleep, and it was with much regret and tears that this happened.

Mrs Whitehouse was a much loved cat, by visitors and helpers alike. She was never short of a pleading look or a nuzzle for your arm, and was able to spot an empty lap at great distances whereupon she would proceed to trot towards it and take up residence for as long as the laps’ owner would allow. She particularly liked people to sit on the swing seat adjacent to the fountain so that she could survey all that was going on around her whilst enjoying cuddles and treats on a cozy knee.

She had recently been a resident in Ashcroft Square (an area within the Sanctuary expressly for our “Special Needs” cats) in order to allow us to monitor her food intake and medication. She quickly became very good friends with the other inmates, and was always first at the gate to meet helpers arriving with the food ration. A loving and happy little cat, she is sorely missed. Rest in Peace, Mrs Whitehouse, and we know that you’re now enjoying yourself in eternal sunshine without any pain.